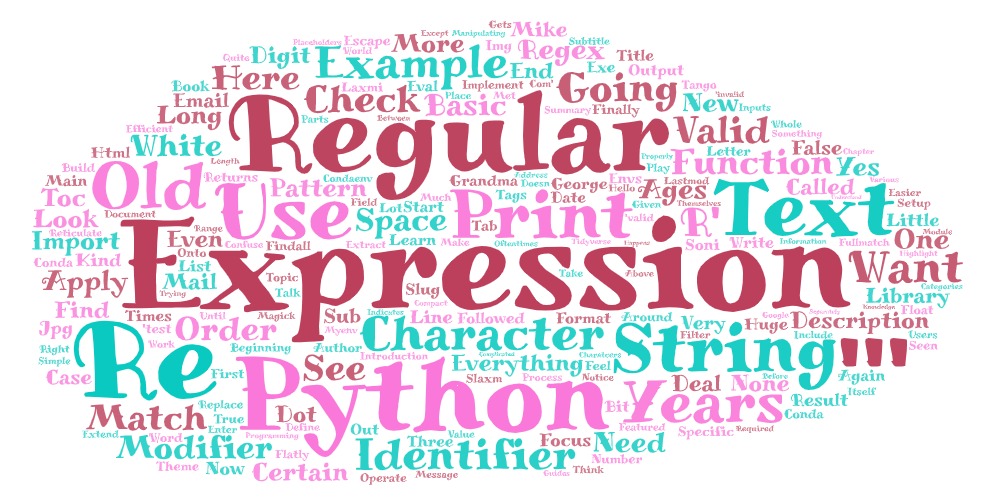 In programming, you will oftentimes have to deal with long texts from which we want to extract specific information. Also, when we want to process certain inputs, we need to check for a specific pattern. For example, think about emails. They need to have some text, followed by an @ character, then again some text and finally a dot and again some little text.

In order to make the validations easier, more efficient and more compact, we use so-called regular expressions .

The topic of regular expressions is very huge and you could write a whole book only about it. This is why we are not going to focus too much on the various placeholders and patterns of the expressions themselves but on the implementation of RegEx in Python. So in order to confuse you right in the beginning, let’s look at a regular expression that checks if the format of an email-address is valid.

Now you can see why this is a huge field to learn. We are going to focus on quite simple examples and how to properly implement them in Python.

Let’s get started with some basic knowledge first. So-called identifiers define what kind of character should be at a certain place. Here you have some examples:

In order to apply these regular expressions in Python, we need to import the module re .

Now we can start by trying to find some patterns in our strings.

In this example, we have a text with three ages in it. What we want to do is to filter these out and print them separately.

As you can see, we use the function findall in order to apply the regular expression onto our string. In this case, we are looking for numbers that are one to three digits long. Notice that we are using an r character before we write our expression. This indicates that the given string is a regular expression.

At the end, we print our result and get the following output:

If the expression doesn’t match the string, the function returns None . In our example above, we get the message “VALID!” since the expression is met. If we enter something like “Hello World!”, we will get the other message.

Finally, we are going to take a look at manipulating strings with regular expressions. By using the function sub we can replace all the parts of a string that match the expression by something else.

These are the basic functions that we can operate with in Python when dealing with regular expressions. If you want to learn more about regular expressions just google and you will find a lot of guides. Play around with the identifiers and modifiers a little bit until you feel like you understand how they work.